A while ago, there was some confusion about the Windows 10 HomeHub feature when Windows Central first reported it. The cited resource links pointed to a LinkedIn profile update by one of Microsoft’s Level II software engineers in China, Guangjun Wang, who put this on his LinkedIn profile: 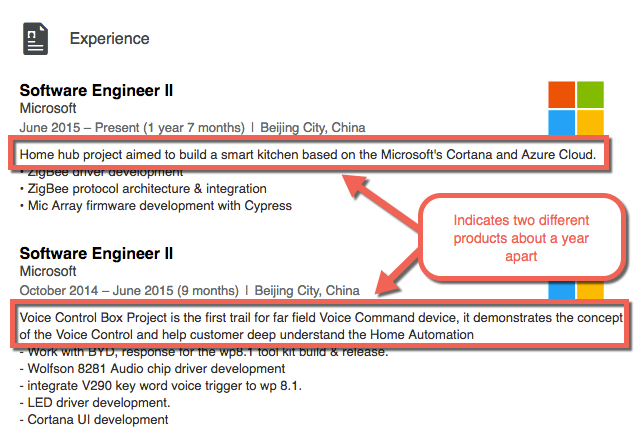 So that’s where the rumors began, after which it was reported by Windows Central and, subsequently, The Verge.

While the initial reports may have been misinformed, there is indeed a Windows 10 HomeHub coming, but it was never intended to be released as a standalone product. It is now believed to be a feature that Microsoft is building into Windows 10, to be released on a future update. At this point we know that it won’t come on the Windows 10 Creators Update in Spring 2017 because it’s still in the planning stages, according to sources familiar with Microsoft’s plans.

MUST READ: Learn How to Get a Free Windows 10 Upgrade Today

HomeHub is intended to be a family-friendly service on Windows 10 PCs. In one way, it can be compared to Amazon Echo and Google Home – based on its artificial intelligence functionality – with Cortana at its core and running on Azure Cloud. But it isn’t a smart speaker as we were originally led to believe. The feature will be built into Windows 10 PCs and pretty much offer the same functionality as Amazon’s and Google’s smart home speakers, but obviously it won’t be portable – unless you want to lug your PC around your home.

Of course, the far field voice activation capabilities will mean you won’t likely have to do that, which is probably why it is being compared with its competitors’ products. Reviewers of both the Echo and Google Home say that the range of the wide-array microphones is fairly large.

According to CNET, one Amazon Echo should be able to cover a medium-sized home (one to two floors; 1,000 to 2,500 square feet) if kept in a central room. Google Home isn’t as sensitive, but that could be because it only has 2 far field mics rather than the Echo’s 7. One reviewer from The Verge tested it for an 850 square foot home and it worked just fine, so we’re assuming the limit is somewhere between that and Amazon Echo’s average of about 1800 square feet.

Basically, if you live in an average-sized condo, Windows 10 HomeHub should effectively serve your needs. The main difference is that HomeHub is part of a Family team of products that Microsoft is currently working on. They’ve been at it for a while now, apparently, and have been recruiting people for this team, the focus of which is to think up and create family-centric products for the Windows 10 environment.

Cortana on HomeHub will pretty much do all the stuff that Alexa, Siri and Google Assistant can do at this point – control connected smart devices, access apps, do web searches and so on. But we’ve also heard that they’re thinking of a Welcome Screen as a fullscreen interface – something like a virtual fridge door which you can open to access HomeHub’s capabilities.

Since most of this is still in the planning stages, we don’t know what will change during the long waiting period until the right Windows 10 update comes our way in late 2017 or beyond. But one thing is certain: Microsoft, being relatively late to the smart home device game (despite having Cortana running on Xbox One), will doubtless go all out to outdo the performance of both Echo and Google Home.

Thanks for reading our work! Please bookmark 1redDrop.com to keep tabs on the hottest, most happening tech and business news from around the world. On Apple News, please favorite the 1redDrop channel to get us in your news feed.