The past two decades have been rough for the newspapers. In the digital age, most people expect to get their information for free, shaking the traditional news industry.

The company, which operates 23 newspapers in Washington, Oregon, Idaho, Utah, and Montana, is launching a radical new digital program to convince past subscribers to come back and court a new generation of readers.

Readers who sign up for a $15/month, one-year digital subscription with participating newspapers will get a Windows 10 tablet included. The tablet comes pre-loaded with uReporter, a new app that allows community members to upload content. In addition to the digital subscription, participants can also have the Sunday newspaper delivered to their homes.

The program is the product of a collaboration between Pioneer and Microsoft. The Redmond, Wash. software giant helped Pioneer find an app developer and is providing the cloud infrastructure to run uReporter.

Beyond uploading content around breaking local news — like weather events, rallies, etc. — uReporter users can submit photos, videos, and short stories reflecting daily life in their communities. Editors review the submissions and decide whether to publish immediately, hold for later, or reject the content.

UReporter was designed with the rise of citizen journalism in mind. People are used to reporting what they see and experience on social media platforms like Facebook, Twitter — even Snapchat. Pioneer doesn’t see this behavior as a liability for the traditional news business. The company believes it can be an asset. 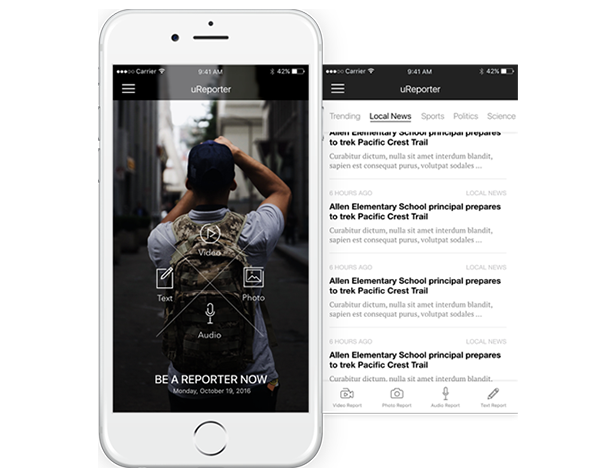 “It ups the game of the newspaper in the community, because it’s very different and exciting,” Johnston told Microsoft. “Our staff is really starting to love selling it.”

The Skagit Valley Herald, the Idaho Press-Tribune, and The Herald and News, are piloting the initial launch. 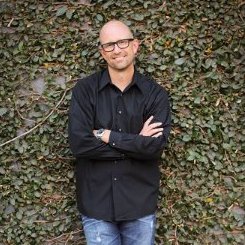 Pioneer COO Eric Johnston hatched the tablet plan with a few Microsoft execs he fortuitously met on the golf course. They connected him with Microsoft’s West region solutions director, Peter Wengert, who pushed the project through.

“Those new friends helped connect Pioneer to a company that could provide Windows-based tablets for under $100 each,” Microsoft said in a blog post.

“That way, Pioneer doesn’t have to invest in servers – or technicians to maintain them,” Microsoft said. “Whether one person submits a photo of fall leaves one day or a thousand upload photos of a political march the next, the pay-as-you-go cloud platform scales accordingly.”

Pioneer plans to sell ads using Appinteract, another of Posh’s services that creates affordable, custom apps for small businesses. Newspapers can tie their apps to those of local retailers and offer discounts and deals to readers. It’s similar to the ad model that newspapers have used for decades.

The uReporter app will be available on all Windows, Android, and iOS devices.

“People still look to the newspaper for information, and it’s still valued,” Johnston said. “If we can keep readers engaged, that’s part of the battle of keeping the newspaper a vibrant piece of the community, whether it’s in print or not.”