Virtual Desktops is a new feature in Windows 10. Using it is a greate way to keep apps organised in Microsoft’s newest operating system. Virtual Desktops not only gives you more desktop space for separate task-related windows, but it also lets you access what you need quickly and easily.

To set one up, firstly, you need to open Task View by simultaneously pressing the Windows + Tab keys on your keyboard. When you open Task View, you’ll see all the opened windows displayed as thumbnails. Now, if you want to set up a new Desktop, you just click on + New desktop tile from the bottom right hand corner. If you want to create more virtual Desktops, all you need to do is repeating the procedure above: tapping again on + New desktop.

To close a desktop when you no longer need it, you can open Task View and hover over the Desktop you want to remove. Then you click on the X button displayed on its top right corner. You can also close a desktop by pressing the Windows button with Ctrl + F4. 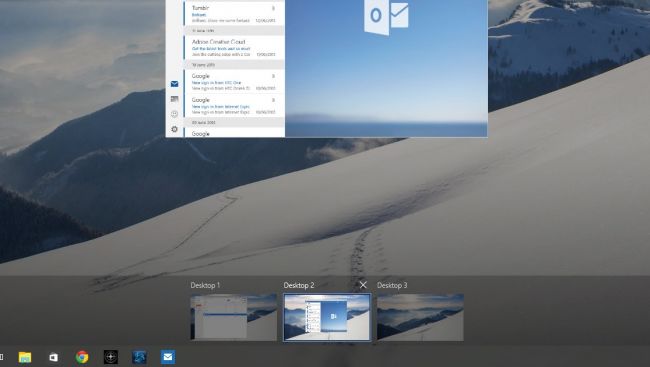 Windows 10 displays in its main window which applications are open on each desktop.

To show all open apps in Task Bar, you launch the Start menu and type Virtual Desktop. Then you open the settings and change the first drop-down menu to All Desktops. To see all open apps across multiple virtual desktops, you just press Alt + Tab.