Recording games is one of the new features that Windows 10 introduces . In this article, we will learn how to use Game DVR and the Game Bar in Windows 10.

Game DVR works in a similar way to the same feature on the Xbox One. On the console, you double-click the Xbox button to bring up an overlay which also lets you press the X button to record the last 30 seconds of gameplay, since the Xbox One is always recording what you’re playing. It’s optimal to capture something interesting that you want to save for fun.
A new app called Xbox is introduced in Windows 10. This allows you check on your achievements when you’re logged in with the same ID you use on your Xbox, as well as message friends. It also houses Game DVR where you can find screenshots, video clips from both your Xbox One and games you’ve played on your PC with Windows 10.

How to record games with Game DVR in Windows 10?
To open Game Bar while playing a game , press the Windows key + G. It will appear on the game you are playing. If you press Windows + G while not playing a game , Windows will ask if you really want to open Game Bar.You need to play computer games in windowed mode to see Game Bar , so please install your game in windowed mode if you do not see it .

To record a video , open game with the Windows key + G Bar and then click the red record button . A time frame will appear in the top right corner of the game window during recording.To stop recording a window ,open the Game Bar again and press the Stop button. You can also start and stop recording with the key: Windows + Alt + R. If you want to hide or show the timer , press the Windows + Alt + T. This is the default shortcuts – you can change them in the X-box. 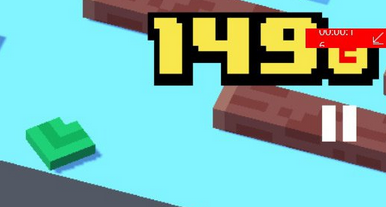 Game DVR configuration settings
Game Bar and Game DVR options are controlled from Xbox. Open the Xbox app, click the Settings icon, and then select the DVR to change the games. You can disable the DVR game completely from here, or set other keyboard shortcuts for opening the bar games, video recording, screen capture, convert the timer, and use the feature “Record that.” There is also the option to select the folder where Windows 10 would save the clips and screenshots game, choose video quality,resolution and other settings. Another thing, by default, the sound is saved when you record the gameplay – you can set the Game Bar does not record sound or control the level of sound quality that you want.

Xbox One and PlayStation 4 will automatically record your gameplay in the background, allowing you to instantly save the gameplay clip once they’re done. Game DVR in Windows 10 can work similarly. To use this feature, you enable the option “Record in the background while I’m playing a game” in Game DVR Settings section of the Xbox app. You will receive a warning message from Xbox: “this may affect game performance . Indeed, it is true because the system resources will be used continuously when you play the game with these enabled settings. Therefore, if you do not have a powerful computer with real “hard” hardware , you shouldn’t enable recording in the background. By default, it will always be recorded and maintained in the last 30 seconds. To save the last 30 seconds, you can open Game Bar and click on the second icon from the left, or press Windows + Alt + G. This is the feature “Record that”, which will save the last bit of the game record automatically.